Wow. Can I just say that we are so blessed?

This week, though that of Christmas, was insane. We had a lot of running back and forth to do, delivering presents to missionaries, fixing our car, attending mission Christmas devotional, etc. But you know what? Somehow, we had a great week of proselyting in the midst of it all.

On Christmas day, we had dinner at Bishop Jenkins' house. Amid all of the ward members and family he invited were the Denogeans. The Denogeans are a recently moved in non-member family who are just the most prepared thing you've ever seen. They have been befriended by the Broyles'. Brother Broyles works with Brother Denogean for the border patrol and Sister Broyles is the Relief Society president. Brother Denogean has always had Mormons for his closest friends, even when he served in the military in Afghanistan. And what do you know but Brother Broyles served in the military, too, so they share that background. Really, they're both very manly men. A lot like Christian. Anyway, Brother Denogean told us at the Christmas party that he figures it's about time to start settling down, getting serious about life, and learning more about God. He has already read through 1st Nephi and is just waiting on us to start setting up appointments with him and his family. Elder Lovell and I have literally done nothing so far, and he's pretty much ready to be baptized. Thanks, Heavenly Father.

I mentioned the Poll family before. Well, we had a few lessons with them this week and learned that Andrew (among others) is not a member of the Church, but had recently increased in desire to learn. We gave him a Book of Mormon and invited him to read everything before the pictures (Intro, Testimonies, etc). Well, when we returned, he had read up through chapter 4 of 1st Nephi and rehearsed everything he read back to us with near-perfect accuracy. When we invited them to attend church on Saturday evening, we got a discouragingly definite "Maybe." Well, what do you know but twenty minutes into Sacrament meeting, the entire Poll family walks in looking for a seat (again, wonderfully reminiscent of the ol' Martin clan :p).

On Monday or so, a lady named Jackie called us up randomly and told us she wanted to set an appointment to start taking the lessons. Our lesson with her was on Tuesday and it was awesome. At first, she was super chatty, but we all reeled it in and ended with a great lesson on the Restoration and a soft baptismal invite. She said, "I'll have to see about that." Yeah, she will see. :p

But wait! There's more! Tyson and Desiree had us visit on Tuesday, and we had a fantastic discussion about the Atonement, Judgment, and other aspects of the Plan of Salvation. Tyson has been apprehensive about meeting with us, but every time he has a great experience and comes away uplifted. Man, they just love their children so much and are so prepared to receive the gospel. Tyson was struggling with why God would put them through this and recently received a startling answer to his prayers: "How do you expect to be saved when you've let so much hatred and sin into your heart?" Apparently, someone told lies about these two fine people to CPS (never heard of that happening, right Mom?), thus initiating the whole heart-wrenching process. And Tyson had trouble imagining that God would save that person just as well as him, much less has he been able to forgive them. Well, the Spirit was incredibly strong, and my man Elder Lovell taught like a boss.They committed to come to church, and while Tyson ended up having to work, Desiree came and had a great time.

By the way, our ward is super great. I mean, every new face was warmly welcomed at first sight. Seriously, we can't do it all on our own and it's so great to have members that are on the ball like that.

"Hanging out" with y'all on Wednesday was awesome. I mean, it was really great. Thanks for having it all set up and ready to go. Next time, I'm thinking it would be cool to try and include Daniel Rodriguez if possible. He lives just a stone's throw away anyhow. It's still surreal having seen Brandon's face after so long. Also, I promise I haven't cried that (at the end there, talking to Megan) since the MTC. I honestly didn't know my mission meant that much to me, but I guess it does. I'm so happy Christian gets to go!

Transfer calls were today. Elder Lovell and I get to stay together. In fact, only two missionaries in our zone are leaving. Unfortunately, of those two, one is Elder Benedict, my dear son. I guess he's just growing to fast for his daddy. He's gonna go out and experience the world on his own again.

I love y'all! Time to go bowling at the Bachman Turner Overdrive mansion in Lynden.

Yeah, you read that right.

Posted by Unknown at 6:15 AM No comments:

This week was a flash. It was also a great week. Unfortunately, I have no time to write, so I will relate a small miracle that we experienced yesterday:

Samera is a less-active member from Yemen. I didn't get to meet her until yesterday, but shortly before I arrived in Blaine, Elder Lovell and his former companion had the opportunity to visit her. They didn't enter her apartment, however, because we as missionaries have what we like to call a "Gentlemen's Rule" that says we don't enter apartments/homes/vehicles/tents/teepees/castles/shopping carts/etc where a woman/minor is present unless we have another responsible male adult with us. Samera was downright offended. She was appalled that anyone would think ill of such wonderful young men and disgusted that she and her daughter couldn't be trusted. She said she had "gotten away from Yemen for just that reason", that women should be free and empowered and a lot more along those lines. She told Elder Lovell and his former companion that if anyone from the Church came back by she would ignore them and refuse to open the door. Well, last night, we went over and knocked on her door. Miraculously, Samera opened it and without excessive ado, we sang for her "Angels We Have Heard on High" and her favorite hymn, "I am a Child of God". After we finished singing the final words, her heart was completely softened. She described feeling as though she were floating and flying around her living room and absolutely rejoiced in feeling the love of God. She sincerely apologized for her previous reaction and invited us to return for a teaching appointment on Thursday afternoon.

As far as doing Google Hangout on Christmas Day, Elder Lovell and I are still trying to hone in on what our schedule will look like, but we will definitely be webcamming between 1 and 4 in the afternoon PST. I think that's 3pm and 6pm CST? So please be available during that window of time to hangout with me! I sure hope that works because the next time we're able to communicate will be on Christmas...

It snowed a ton on Thursday night/Friday morning!! 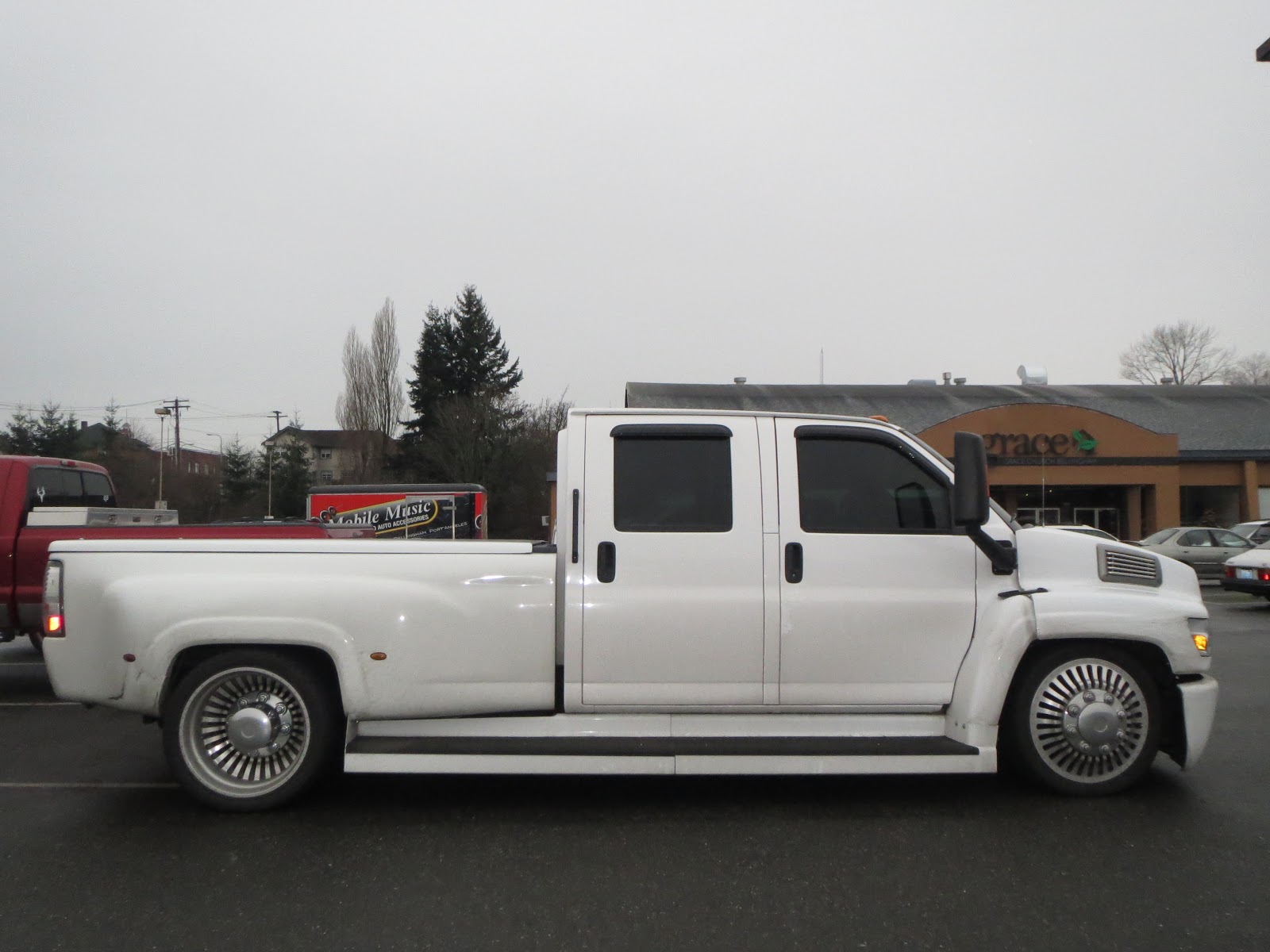 p.s. And in case anyone was wondering, I'm not feeling particularly homesick or lonely at all this time of year. I'm doing just dandy!

I thought Seth might appreciate the picture of the truck (having been desecrated in unspeakable ways).