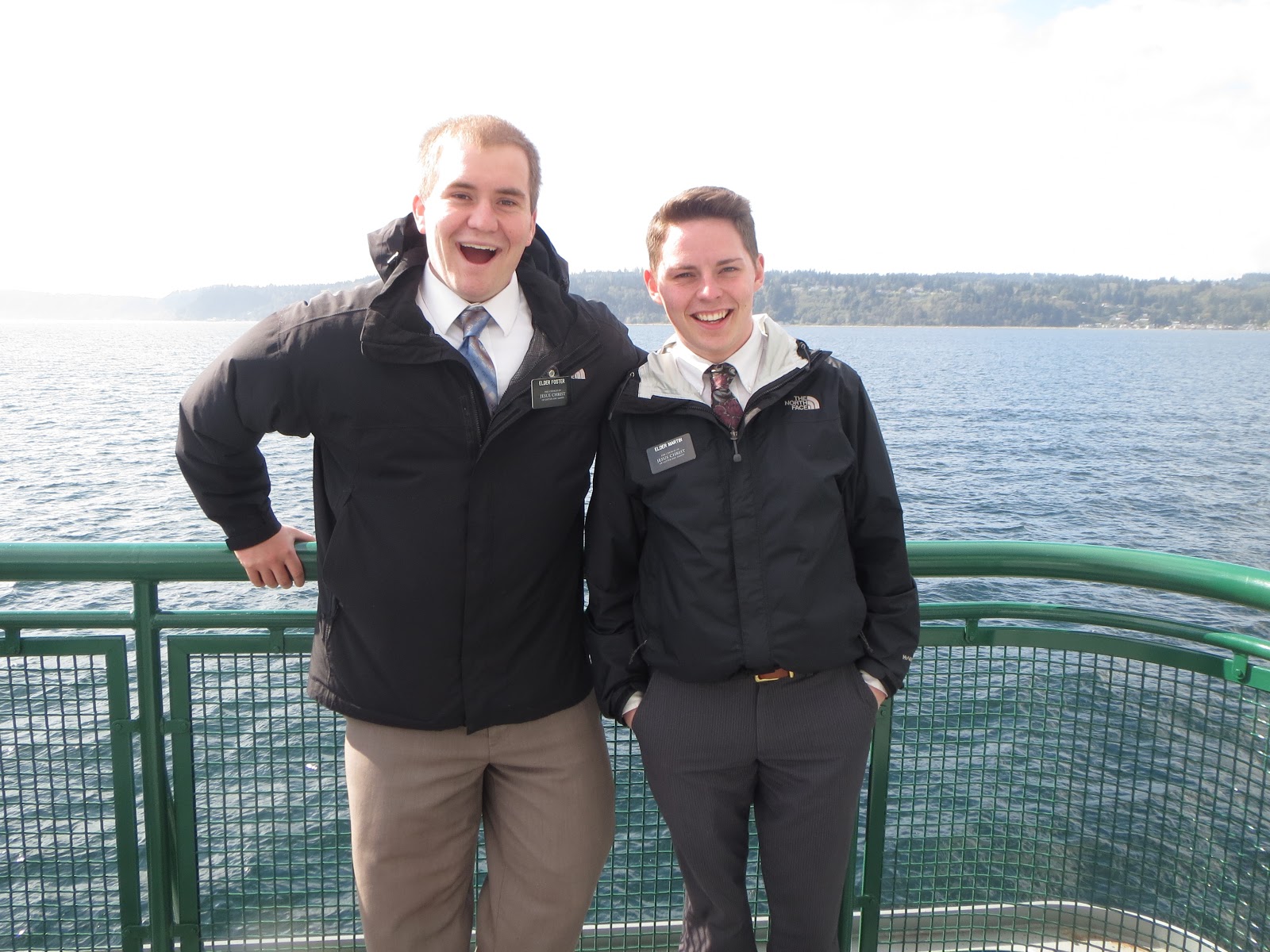 This week was slightly better as far as finding and teaching goes. But I found that the more productivity was found within our companionship. Elder Foster and I had conversations not a few about what's really happening in our area, why we're not being able to find people who will progress, what the Silver Lake sisters are doing right (admittedly, it's hard not to compare, but we're just trying to learn from them), how to remain humble, and how to serve each other better. You know, I thought I was a pretty good companion. But I learned from Elder Foster yesterday that I've done a pretty sorry job at serving him on a deeper level. I learned that he's felt really frustrated at his circumstance. He's finally got an area that has seemingly limitless potential -- which, at the same time, is an overwhelming prospect --, but we can't seem to do things right. I mean, we keep the missionary schedule, are obedient and virtuous, work with members, strive to serve our zone, are diligent from sun-up to sun-down (I guess the phrase has less meaning in these Washington winter months!), and pray with great faith. And things just don't go the way we'd like.

Honestly, I've tried to think about what the deal is the whole time I've served here, and I've come to one conclusion. Tell me what you think: In Blaine, I was certainly an obedient missionary, but it's become more of a quest here in Everett. Yet, the investigators and baptisms just flowed. The members brought us people to teach left and right. It seemed we hardly had to do anything for the Lord to bless us. Here in Everett, I've become the best missionary I've ever been and I'm working harder with my companion than ever before, and at the same time, the baptisms just...stopped. The conclusion I've drawn up is that I'm having to learn that it really has nothing to do with me or my efforts. I don't know. I mean, I know I have to be obedient and worthy of the Spirit, but that is simply so that Heavenly Father can do His work through me. He's still the one doing the work. So whether I'm a stellar missionary here in Everett and not seeing baptisms, or whether I've still got a lot to learn in Blaine and baptizing monthly, it's up to the Lord to bless the area in which I serve with people for the missionaries to teach, and it's not up to me. I think I'm learning to be humble.

But tell me what y'all think? I'm not sure if it's doctrinally correct... Haha.

Well, we just got transfer calls. Elder Foster and I are both staying. That's five transfers, or seven-and-a-half months in Silver Lake YSA. Crazy! I'm excited!

I am blown away by Margo's missionary efforts. That is so awesome! I love to hear about member missionary work going on at home. That's the way it's supposed to be! And kudos to the missionaries for getting her family involved. As President Bonham would say, "We need to find somefamily to teach!" (see Preach My Gospel, "Talk with Everyone" p.156)